GoPro has finally launched the GoPro Fusion 360-degree action camera. Like the Hero and Session, it can be attached to any part of you or vehicle. It also shoots at 360 degrees and has some impressive features.

GoPro kept things fairly simple on the design front. It comes with a square camera that features the same finish of the Hero 5. GoPro retained the dual-tone grey colour scheme and the grippy diagonal lines around the edges. It also has the same two-button control system 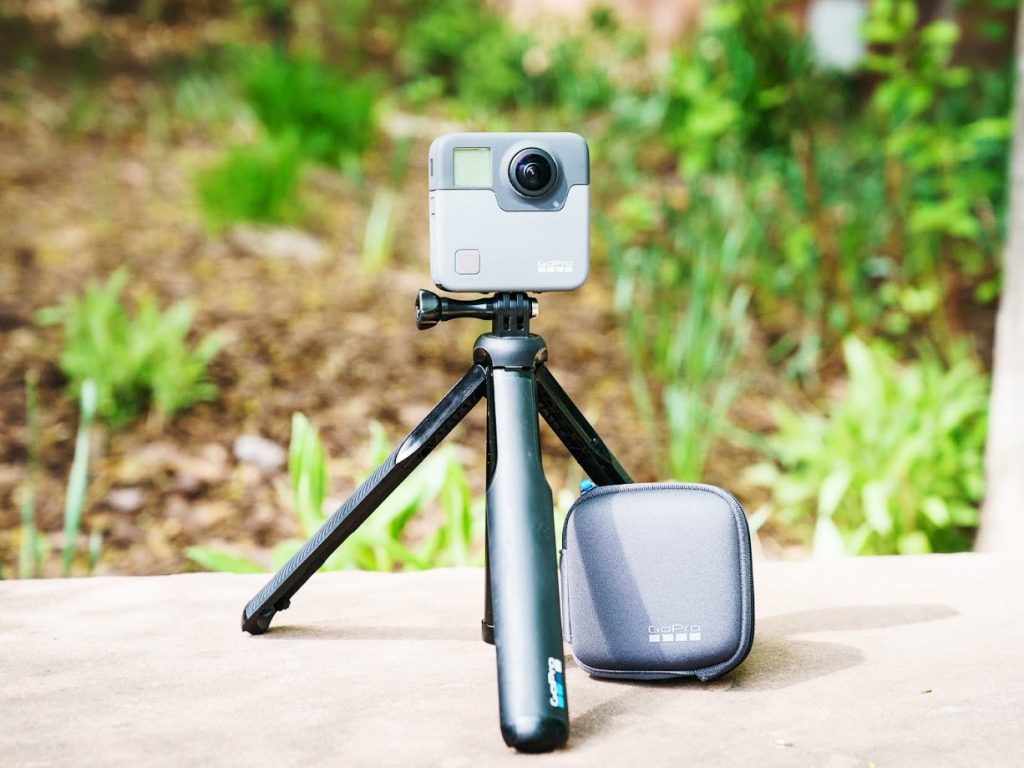 There are cameras on both sides of the Fusion. On the front is a small, square camera shows basic information during shooting. The Fusion is water resistant to a depth of five meters. The battery is a removable 2,620mAh battery. There is a three way microphone mechanism at the top of the camera.

Being a 360-degree camera, the Fusion is equipped with two 180 degree lenses. These help capture everything around the camera. The GoPro Fusion can capture a maximum of 5.2k in video resolution.

What is fascinating is how the company transforms 360 degree videos to the flat screen. Using something called OverCapture, you can choose to have a nice flat shot of one part of the action, or select a wider one, or even have a “tiny planet” like experience that shows all of the video. When editing the footage you can pan through select parts, or transition between the tiny planet and more traditional flat video scenes smoothly in one motion.

When it comes to pictures, the entire 360 degrees is stitched together into one 18 MP picture.

Taking pictures is relatively straightforward and anyone who has used GoPros in the past will be familiar with how it works. There is even voice control. You can ask the camera to take a picture by saying “GoPro, take a photo”

Did you find these tips helpful? Want to know more about any other hack? Please feel free to drop a message and let us know if there’s any specific hack that you wish to learn about. Follow iGadgetHacks on Facebook, Twitter and Google+
action cameraGoProGoPro Fusion
27
Share FacebookTwitterGoogle+ReddItWhatsAppPinterestEmail