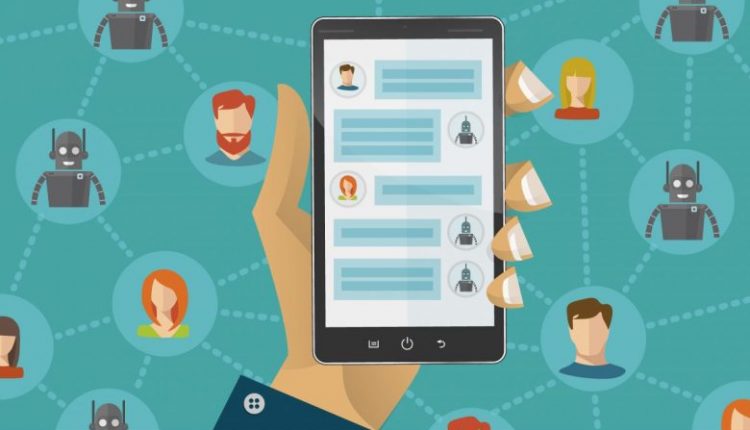 People use chatbots to find homes, interact with their favorite brands, and schedule appointments. Many consumers are onboard with using chatbots to gather instant, personalized information.

In many cases, chatbots are the first point of contact for individuals who feel unwell and need to decide whether to head to the doctor. As this technology becomes more prominent, people understandably begin to wonder if insurance companies will cover sessions with chatbot doctors. Given their innovative use of chatbots in the health care sector, it’s looking like insurers and health organizations in the U.K. could be the first to establish insurance coverage for health consultations with chatbots.

How do chatbot doctors work?

People who have yet to interact with a chatbot doctor might wonder how they work. Could a bot know as much as physicians who have completed years of medical school and relevant work experience?

Sometimes, the chatbot makes a preliminary assessment about a person’s health depending on the responses the individual gives to targeted questions. One such chatbot called Ada is available to residents in the United Kingdom. The assessment is free, and the bot avoids providing a set-in-stone diagnosis. Ada uses artificial intelligence to get continually smarter with ongoing use.

The developers know Ada won’t replace doctors but hope the bot will help more patients understand what their symptoms might mean. However, a person can also supplement the assessment portion by talking to an actual doctor. That option is offered for a fee and includes receiving a prescription if needed.

Individuals frequently head to sites such as WebMD and end up with a questionable self-diagnosis. This is why it makes sense that insurers would be open to the idea of paying for patient interactions that begin with chatbots. A bot’s ability to personalize its conversations with patients could theoretically yield a smaller margin of error and be less likely to provide misleading information.

The U.K.’s National Health Service (NHS) is also trying out a chatbot that asks people a series of questions when they dial the nationwide emergency number to indicate whether or not they need an ambulance. Representatives hope the service will reduce the number of people dispatchers send to emergency rooms.

When too many callers are sent to the emergency room, patients wait in hospitals for several hours or even longer before receiving treatment. Those in favor of chatbots say the technology could keep emergency room visits at more manageable levels. In contrast, critics assert that the NHS previously used a symptom checker app that made highly publicized and dangerous blunders when advising some patients, and they think the same problems could occur with the chatbot.

The NHS provides free health care to legal residents of the United Kingdom that covers most needs, including emergency care and visits with general practitioners. However, the NHS assists over 1 million patients in England every 36 hours. People who rely on the NHS for health care often deal with long waits. To compensate, those who can afford them often subscribe to private insurance plans.

It will be interesting to gauge the outcome of this NHS program, especially considering how many people rely on the NHS. If things go well, the positive result could prompt insurance companies to accept claims from customers who receive advice from chatbots regarding their well-being.

How much are chatbots worth?

It remains to be seen if insurance companies in the United Kingdom and elsewhere will cover chatbot doctors. The evidence to suggest their willingness — or lack thereof — to do so is not available yet because the technology is too new.

One reason insurers might balk at the idea of paying for this kind of coverage is the need to determine the fair market value of compensation for such services. In some areas, health facilities use telehealth providers to reduce the need for on-call personnel. However, the relevant valuators in those locations must remain aware of federal and state laws surrounding telemedicine. If they fail to do so, over- or undercompensation could occur during the billing and collection processes.

Some telemedicine laws have not been in place for very long. Not surprisingly, many locations have not even considered chatbots in the equation.

Although insurance companies haven’t made it clear whether they’re completely onboard with covering chatbots, it seems promising that some are already using chatbots to help customers achieve a higher level of understanding about their coverage packages.

For example, Now Health International is a company that provides health insurance for expatriates. The headquarters is in Hong Kong, and the establishment has other branches in Asia and the United Kingdom.

This summer, the insurance provider launched a chatbot through Facebook Messenger. Regardless of whether users are existing customers or are only thinking about purchasing coverage packages, they can use the chatbot to find physicians in the Now Health International network or get questions answered about filing claims and receiving quotes.

The chatbot can also recognize keywords entered by a user into the chat window. When it picks up on those words, the technology automatically directs the person to the proper area of the website for further information.

The increasingly widespread use of chatbots for health — including those provided by insurance companies — indicates that some insurers are laying the necessary foundation for covering chatbots in the future. However, it’s likely that before that happens, we must pass legislation clarifying the valuation-related questions that could arise during claims, billing, and other aspects.

As consumers become more comfortable with using chatbots to ask questions about their health or insurance, the increased prevalence of the technology in the marketplace could push officials to iron out the details. That would pave the way for insurance companies to clearly mention they accept claims related to treatment that involves chatbot doctors on their websites or insurance documents. Insurers may also stipulate that they will not offer coverage to patients who did not speak to actual doctors during their chatbot-driven conversations and only used the chatbots for preliminary advice.

Chatbots could drastically change how people manage their health care needs. Similarly, they could alter how doctors treat patients and how insurers handle the claims. Since the technology is in its infancy, however, it’s only possible to perform research and make educated speculations.

Nintendo’s Miiverse lives on in a giant internet archive