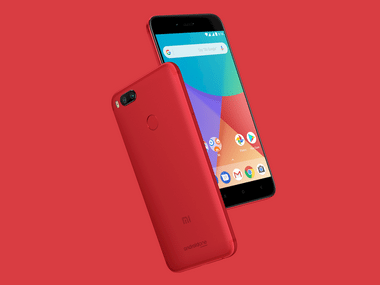 Xiaomi is rolling out Android 8.0 Oreo update for its Mi A1 devices

Chinese smartphone maker Xiaomi has announced the release of Android 8.0 Oreo update for its first Android One-powered smartphone, the Xiaomi Mi A1.

The company has followed up on its promise to deliver Oreo 8.0 update for Mi A1 devices before the end of 2017 even though it is the last day of the year in India.

The company took to its official Twitter account to announce the roll-out of the new update. One thing to note here is that users need to be on the latest update of version 7.12.19 that was released earlier this month to receive the Android Oreo update.

Xiaomi pointed out that the update will be rolled out in batches to avoid any serious issue from affecting all the devices at once. Batch roll-out allows the company to stop the update if any serious issue is reported to ensure that only a small number of devices are affected by that issue. This approach is not new and almost all companies employ it while rolling out a new software update.

We’re ending the year with an O! #MiA1 users, stay tuned as we’re rolling out your long-awaited update in batches but make sure you’re already on the latest December update (7.12.19) to receive Android O! pic.twitter.com/GhRtDnyJn4

Mi A1 is the first smartphone by Xiaomi that runs on Stock Android and this has resulted in timely updates for almost all the security patches that are released by Google. We are are yet to confirm if this update unlocked fast-charging capabilities in the A1 as suggested by earlier reports.

Did you find these tips helpful? Want to know more about any other hack? Please feel free to drop a message and let us know if there’s any specific hack that you wish to learn about. Follow iGadgetHacks on Facebook, Twitter and Google+
AndroidMi A1OreoXiaomiXiaomi Mi A1
14
Share FacebookTwitterGoogle+ReddItWhatsAppPinterestEmail

Comments
Stay With Us