The iPhone 8 Plus Apparently Splits Open When Charged

Every iPhone 8 Plus launch is plagued with some kind of “gate” controversy. In the past few years, there have been many cases. These include the antenna-gate and the bend-gate controversy. Now it seems the new controversy is the charge-gate.

What is this new iPhone 8 Plus controversy?

An iPhone user in Taiwan claims her iPhone split open while charging. The iPhone in question is a new Gold iPhone 8 Plus. It was 64GB. According to the user, Ms. Wu, she was charging her phone with the Lightning cable and wall plug that was included in the box. She had just purchased the iPhone 8 Plus five days earlier. 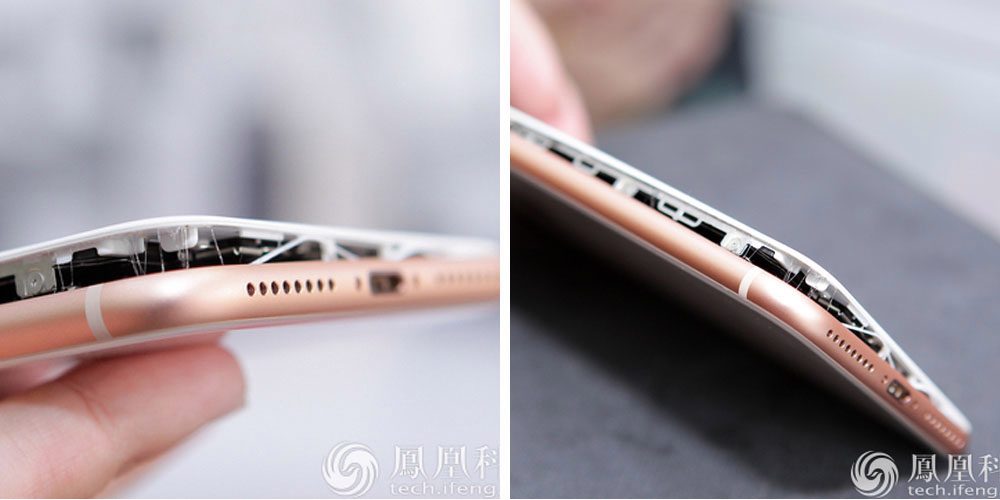 What had occurred was that after just three minutes of charging the device, the user noticed something strange. The front panel of the device bulged out. It then completely disconnected itself from the frame. After this happened, the carrier company retrieved her phone. It was then sent out to Apple for analysis.

Furthermore, Ms. Wu is not the only person who seems to have undergone this issue. Shortly afterwards, a Japanese user took to Twitter to show how her Silver iPhone 8 Plus had arrived in the box. It looks similar to Ms. Wu’s iPhone, with the front glass panel disconnecting from the aluminium fame.

There is still no explanation as to what is causing the components of the device to separate in such a manner. In the worst possible case, it could be a problem with the battery that causes the device to expand. This could explain the front panel popping out. Judging by what happened to the Note 7, this is not an easy and light matter.

Before people start to panic, it should be noted these are two isolated incidents. When the company makes and sells millions of iPhones; there is bound to be a few faulty units that do not work as intended. This is not evidence of a widespread issue plaguing the iPhone 8 Plus.

Update: People have reported Eight such issues. Moreover, Apple said they are looking into the issue.

Did you find these tips helpful? Want to know more about any other hack? Please feel free to drop a message and let us know if there’s any specific hack that you wish to learn about. Follow iGadgetHacks on Facebook, Twitter and Google+
applebatteryiPhone 8 Plus
94
Share FacebookTwitterGoogle+ReddItWhatsAppPinterestEmail

The DxO snap-on smartphone camera is coming to Android