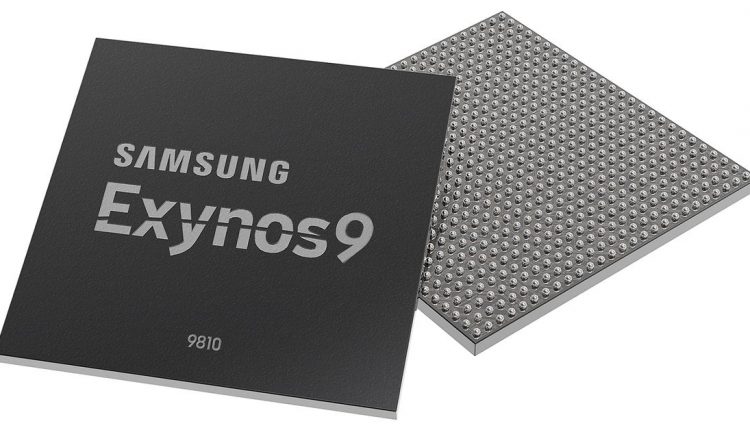 Starting off the new year by introducing its latest custom smartphone processor, Samsung has revealed some of what we might expect from its next Galaxy S flagship. In among the usual claims of improved performance is an intriguing tease of using neural networks and deep learning for more sophisticated face detection and object identification in images. Samsung isn’t definitive on whether AI is built directly into the chip design or if it’s merely better optimized for handling AI tasks. The company identifies “realistic face-tracking filters as well as stronger security when unlocking a device with one’s face” as the major advantages — which will be familiar to most people as headline iPhone X features: animoji and Face ID.

The Exynos 9 Series 9810, to give it its full title, is almost certain to figure at the heart of the upcoming Galaxy S9. It is built around the prevailing architecture among Android phones: four performance processor cores, now reaching speeds up to 2.9GHz, and four efficiency cores for extending battery life when less power is required. Samsung has likely based its designs on the Cortex-A75 and Cortex-A55 announced by ARM in the middle of last year, both of which have put an emphasis on improving and accelerating machine-learning processes and things like augmented and virtual reality.

Built using Samsung’s second-generation 10nm process technology, the Exynos 9810 promises to be extremely energy-efficient, with Samsung claiming a doubling of single-core performance and a 40-percent improvement in multi-core scenarios. The chip will also have a separate secure processing unit for handling sensitive personal and biometric data (such as facial, iris, and fingerprint scans).

The modem inside this new chip is among the first to support six-carrier aggregation, which means a theoretical max LTE speed of 1.2Gbps, a step up from last year’s 1Gbps peak. Samsung’s also promising “real-time out-of-focus photography,” up to 120fps video recording at Ultra HD (i.e. 4K) resolution, and better stabilization when capturing both images and video. Such silicon feature announcements aren’t usually guaranteed to make it into actual devices, but given how closely aligned Samsung’s Exynos chip development is with its Galaxy S release cadence, we can probably be more confident than usual that we’re looking at a rather detailed teaser for what’s to come in Samsung’s next flagship.

The one complicating factor with Samsung is its habitual use of Qualcomm’s chips in some countries, which, in the case of the Galaxy S9, will probably mean the company will rely on the Snapdragon 845 alongside its latest Exynos. As each company’s processor becomes more sophisticated and tailored to particular applications, this might eventually lead to a fragmentation of features and capabilities in Samsung’s own flagship. We’ll know more in the coming weeks as the Galaxy S9’s specifications begin to take shape. For now, we know that the Exynos 9810 has an extensive list of new additions and is, says Samsung, already in mass production.