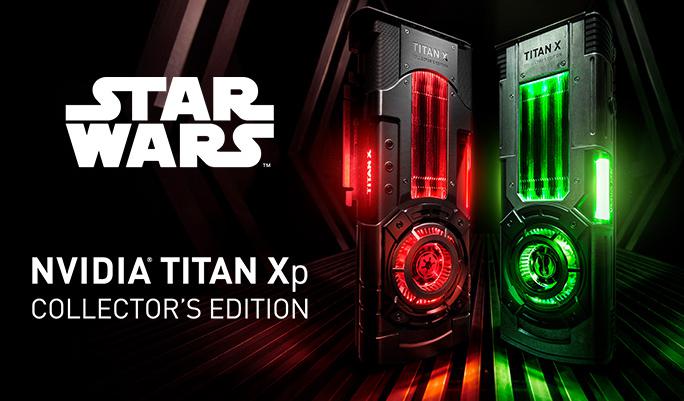 Nvidia is offering an eye-catching tribute to Star Wars with its Collector’s Edition Nvidia Titan Xp GPUs. The designs of the graphics cards are made to resemble a lightsaber. Furthermore, they even have coloured LEDs to match a lightsaber.

To start off, this pair of graphics cards are not cheap by any extent. They are being sold at a price of $1200. One of the GPU’s are made to resemble the Galactic Empire and is complete with dark red LEDs. The other one resembles the Jedi Order and comes with green LEDs. If that is not enough, they have been well sculpted down the edges to resemble a lightsaber. It further has a finish that matches up with lightsabers. 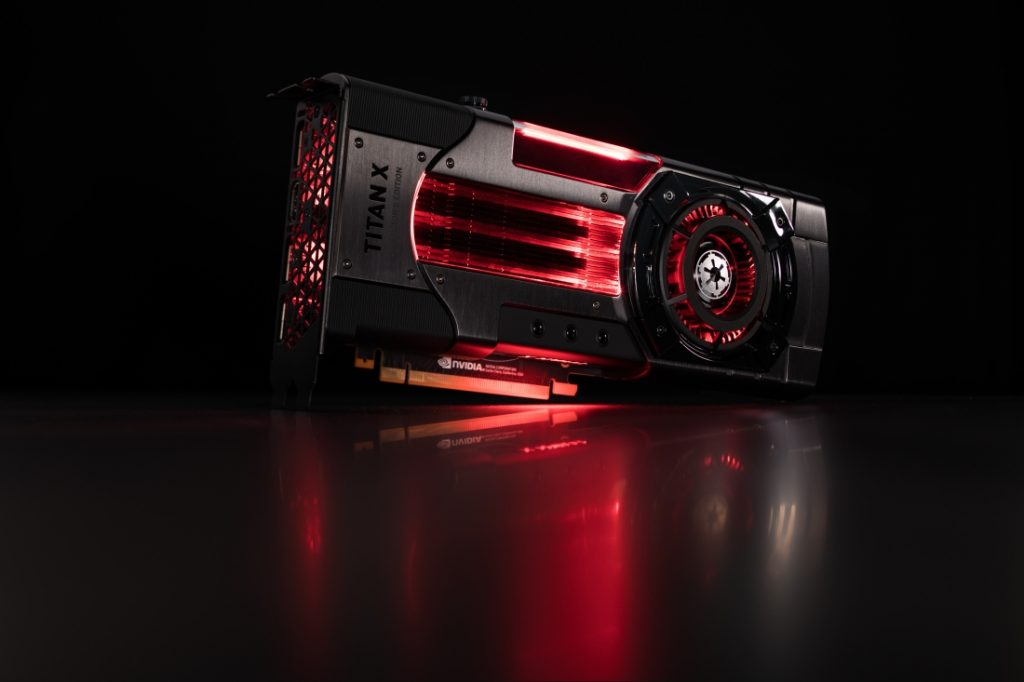 Nvidia had the following to say about the Collector’s Edition Nvidia Titan Xp GPUs.

“The Jedi Order GPU simulates the wear and tear, and battle-worn finish of many items used by the Rebel Alliance,” the company said, “resulting from its die cast aluminum cover being subjected to an extensive, corrosive salt spray. Conversely, the Galactic Empire GPU’s finish features simple, clean lines, emulating the high-end, orderly nature of the resource-rich Empire.”

Another interesting feature is that the GPUs have the LED lighting on both sides. This means the lighting will be visible from the side panel of the PC on one side. On the other side, it will reflect off the inside of the CPU. This is guaranteed to be eye catching and should give case modders plenty to work with.

The company says pre orders will start the following day at 6 a.m. PT in the United States, United Kingdom, France and Germany. One order allows you to buy only one of each type. From the 17th of November, widespread sales will start.

Did you find these tips helpful? Want to know more about any other hack? Please feel free to drop a message and let us know if there’s any specific hack that you wish to learn about. Follow iGadgetHacks on Facebook, Twitter and Google+
Collector’s Edition Nvidia Titan Xp GPUsGPUgraphics cardNVIDIAStar Wars
23
Share FacebookTwitterGoogle+ReddItWhatsAppPinterestEmail