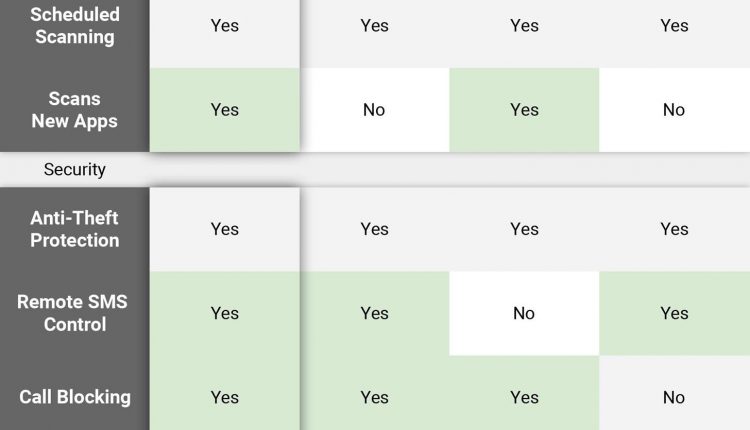 The Play Store hasn’t been the most secure place for apps lately. A quick Google search for “Play Store malware” will give you a taste of some of the malicious apps that snuck their way onto Android’s official app store. Google is aware of the problem and they’re tying to fix it, but their new Play Protect program doesn’t have a great track record, so you might want to look elsewhere.

Like Microsoft Windows, there’s a debate about the necessity of antivirus programs on Android. Both operating systems have some form of antivirus protection built-in that, while adequate, isn’t the best. Independent testing has even shown that the Google offering provides well below average security.

Many third-party apps provide much more than antivirus protection. In addition to having much better virus detection rates than Android’s built-in antivirus solution, these apps act more as security suites that provide all the functionality of Play Protect and much more. By offering such an abundance of features, antivirus apps have moved from gimmicky to useful. 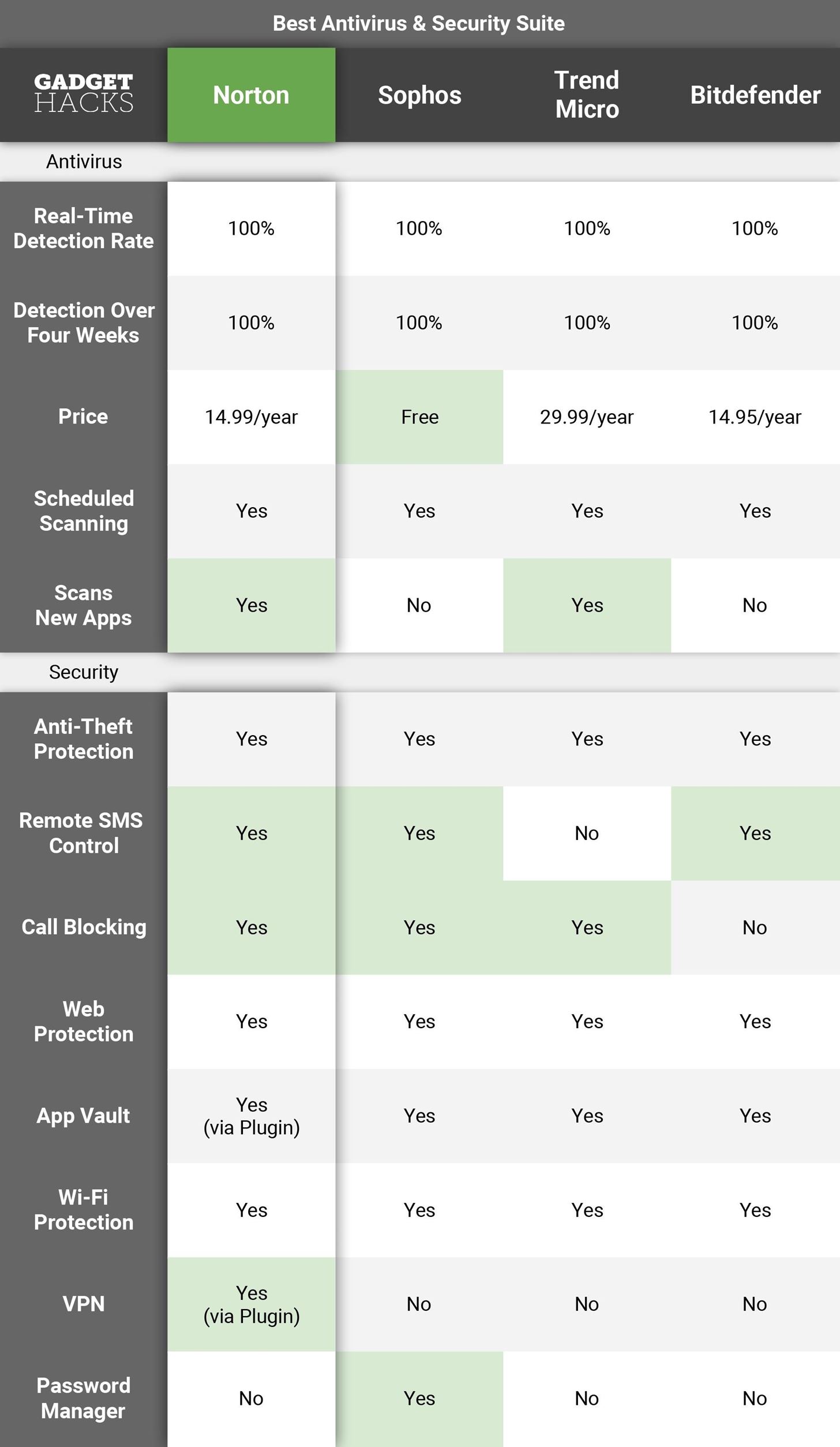 As you can see in the chart above, these are the key antivirus features that we looked at when ranking the four finalist apps that made our list.

How We Chose These Apps

An antivirus app is only as effective as its detection rate — in other words, you want it to spot all malware while giving no false positives. As such, our first requirement was a 100% detection rate for both real-time scanning and scanning over four weeks, based AV-Test.org data. This also ensured that all of these apps must were free of any false positives.

Our second requirement was a complete anti-theft protection. Since Play Protect includes Find My Device, an anti-theft application, any security suite needs to include this to adequately replace Google’s built-in offering.

Norton Security and Antivirus provides complete protection for your mobile device with a well-designed app. The way the menu is laid out makes navigation easy for everyone (including your grandparents). However, its best feature is App Advisor for Google Play (more on that next).

When App Advisor for Google Play is enabled, Norton will automatically scan apps you view in the Play Store. It will then display a popup on the app’s Play Store listing informing you whether it’s safe or not. This is similar to one of Google Play Protect’s main feature, but with a much higher detection rate.

With its 100% Detection Rate of the latest Android malware (both in real time and over a four-week span), you can be confident that your device won’t become infested no matter where you choose to download your apps.

Anti-Theft Protection is available with the ability to remotely control your device using text messages. By texting an action word (such as “lock” or “wipe”) with the provided passcode, you can remotely enable features such as locking your device or conducting a factory reset.

Call Blocking is present for individual and unlisted numbers. You can even block any number not located within your contacts for additional privacy.

Norton is the only app on our list to offer VPN protection for privacy and security while using Wi-Fi. Users will need to install a plugin to add the feature, which costs $4.99 a month for one device.

When you combine Norton’s VPN with its Wi-Fi Security and Web Protection, you can rest assured that you’ll be browsing the web safely and securely. Norton even includes protection against harmful links with its Link Guard feature, which will scan links before you open them, detect any potential risks, and alert you beforehand.

Norton has all the extras you would want from a security suite. Aside from a password manager (a feature exclusive to Sophos Mobile Security on our list), there isn’t any feature lacking here. Norton even includes the ability to scan apps before installation, a feature only found in one other app on our list.

While the standard subscription costs $14.99 a year, Norton does offer a great deal for those who use their software on their desktop. For $39.99 a year, users can cover up to five devices (including PC, Mac, Android, and iOS). You can opt to not pay, but you’ll only have access to the antivirus scanner. While Norton is the second most expensive on our list, its complete offering compels us to give it our number one recommendation.

Sophos Mobile Security is the only completely free antivirus and security suite on our list. However, despite its free price tag, Sophos somehow managed to incorporate more feature than all but one app on our list.

Sophos offers real-time antivirus protection with the ability to schedule automated scans. While Sophos doesn’t allow users to scan apps beforehand, its 100% detection rate will isolate any malware and alert you before any major damage occurs on your device.

Sophos can offer additional protections to other apps by requiring a passcode (or fingerprint) to access your app vault. You can also control the grace period before authentication is required. This is a great security feature if your device isn’t always in your possession.

What makes Sophos unique is the additional features known as “Security tools.” Sophos offers an authenticator to provide multi-factor authentication, a secure alternative to using SMS. There is a password manager to secure and manage all your passwords for your various accounts. There is even a secure QR code scanner for the few times you will need one. 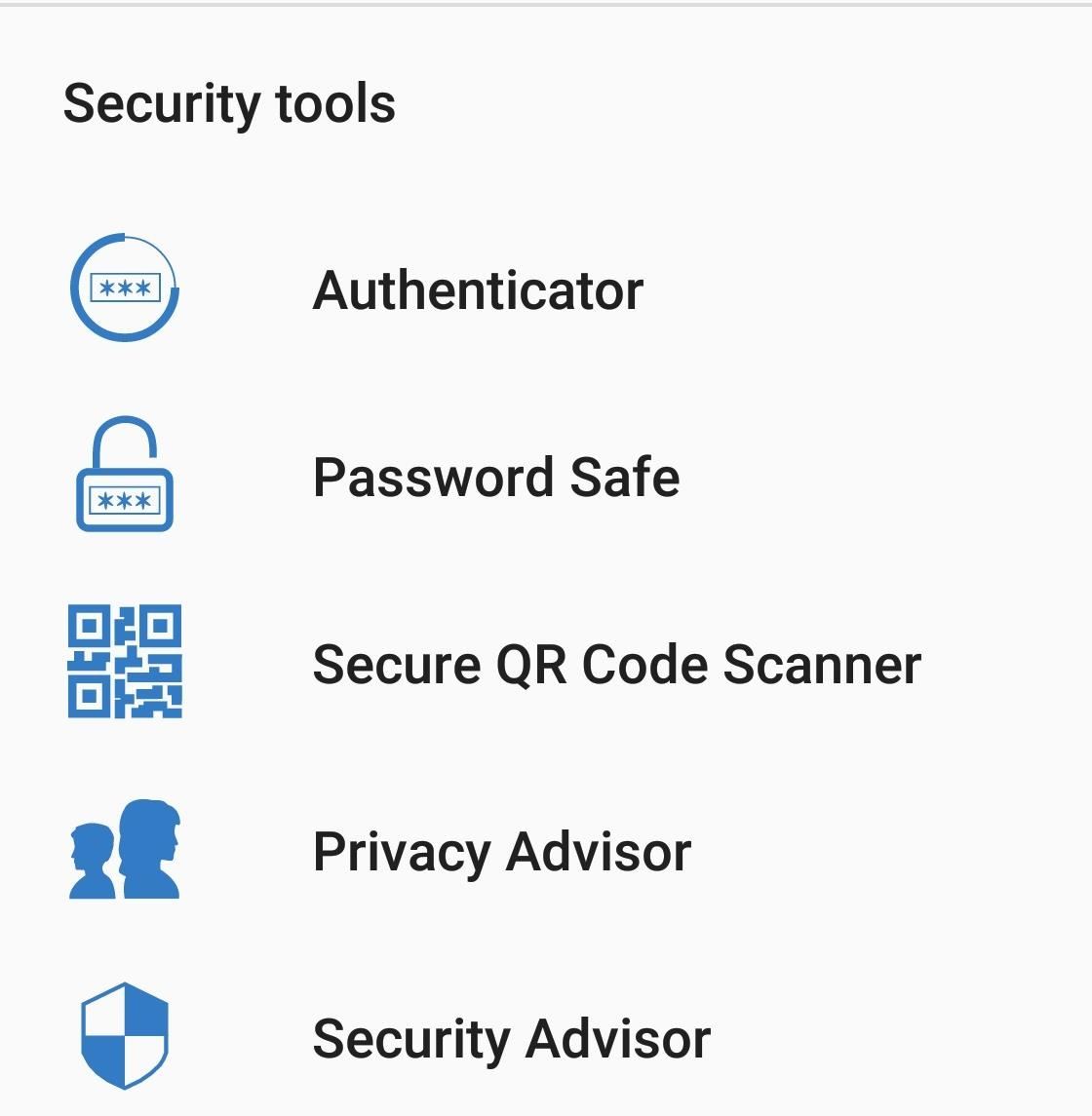 Finally, there is Privacy Advisor and Security Advisor, which evaluate your device and make suggestions to help improve overall security. The Privacy Advisor looks at app permissions and gives you an idea of which permissions should be disabled, while the Security Advisor goes through a checklist of features and sensors that your device should have enabled or disabled for optimal security. With the exception of Bitdefender, no other app on our list has these features.

The lack of scanning before installation is the only feature preventing Sophos from receiving the top spot on our list. But for those who don’t mind leaving that function to Play Protect (despite its low detection rate), Sophos is a great offer that consolidates a few different security apps into one free bundle.

Trend Micro Mobile Security & Antivirus is a great security suite. It’s a bit expensive at $29.99 a year, but it does offer a different pricing options based on the length of your subscription (for example, it is only $2.99 per month). However, its lack of a few features is the main reason it is number three on our list.

Besides Norton, Trend Micro is the only app on our list that offers pre-installation scanning. Combined with its real-time scanning, scheduled scanning, and 100% detection rate, Trend Micro offers complete antivirus protection.

Similar to other apps on our list, it does offer Web and Wi-Fi Protection. However, unique to Trend Micro is a function that protects you while using popular messenger apps. It’s limited to Line, WhatsApp, and Facebook Messenger, but Trend Micro can give you alerts if you receive a malicious link in a message.

Anti-Theft Protection is available, including the ability to take a secret photo with the front-facing camera after a set number of incorrect authentication attempts (the minimum is three attempts). The photo will be emailed to your account, which you can then provide to local law enforcement to help retrieve your device. However, unlike the other apps on this list, users can’t remotely issue commands via SMS.

The positioning of this app was difficult. While it pre-installation scanning was enticing, ultimately, it came down to features. Its lack of SMS commands combined with its high annual price tag is why we believe this app is deserving of number three on our list.

Let me start by saying that Bitdefender Mobile Security & Antivirus has probably the cleanest design out of all the apps on our list. Navigation occurs using the hamburger menu, features are well described, and performance is quick and smooth.

Bitdefender is also the second-cheapest security suite, with a yearly subscription costing only $14.95. There is even a monthly subscription for $1.49 if you don’t want to make a long-term commitment. So why is it last on our list? Put simply, it’s not quite as fully-featured as some of the other apps here.

Overall, Bitdefender and Trend Micro are close. Their feature sets are almost identical, though Trend Micro gets a slight leg up thanks to its pre-installation scanning. With this feature, Trend Micro has every feature offered by Google Play Protect and can fully replace the app. Bitdefender users, on the other hand, would still have to depend on Play Protect for that protection.

However, Bitdefender does have a few things going for it for those who don’t mind losing the pre-installation scanning. Unlike Trend Micro, Bitdefender allows remote controls via SMS. This feature is particularly useful since users will normally be able to get a text message out faster than using the browser. That additional time can make sure your device is locked down and your data is protected if you ever happen to lose your phone.

Bitdefender also has a great privacy advisor that describes in detail all the privacy risks associated with the apps installed on your device. While some risks are unnecessarily marked (such as a browser’s ability to write and read your browsing history), it does make it easier for users to control the permissions granted to apps.

If you don’t mind losing the ability to scan apps beforehand, there is a case to be made for choosing Bitdefender over Trend Micro. It’s about half the price, has better design, and allows users to remotely control their smartphones with text messages. However, because of how important pre-installation scanning is to the security of smartphones, we recommend Trend Micro over Bitdefender.

Each of these antivirus and security suites offers much more than Google Play Protect. They all provide anti-theft protection, pack virus scanners (with two including the ability to scan apps before installation), and most importantly, they all offer 100% detection rates compared to Play Protect’s ratings of 44.5% and 66.3%. So while Play Protect has the convenience of being built-in, its inability to detect malware is too poor to trust.

With its combination of ease of use, an extensive feature list, and the ability to scan apps beforehand, Norton Security and Antivirus is our choice for best antivirus app. Norton does everything Play Protect can do and more — the only downside is its cost.

For our readers who don’t wish to pay $14.99 a year, Sophos Mobile Security offers everything Norton does, but without the ability to scan apps before installation. Sophos is ad-free and includes several features not found in any other app on our list, so the fact that it’s completely free places it well ahead of the last two entries in our list.

What do you think of our list? Which antivirus and security suite app do you use? Did we change your mind about depending on Google Play Protect? Let us know in the comments below.

Did you find these tips helpful? Want to know more about any other hack? Please feel free to drop a message and let us know if there’s any specific hack that you wish to learn about. Follow iGadgetHacks on Facebook, Twitter and Google+
AndroidAntivirusAppsComparedGadgetHackssecuritySuite
34
Share FacebookTwitterGoogle+ReddItWhatsAppPinterestEmail